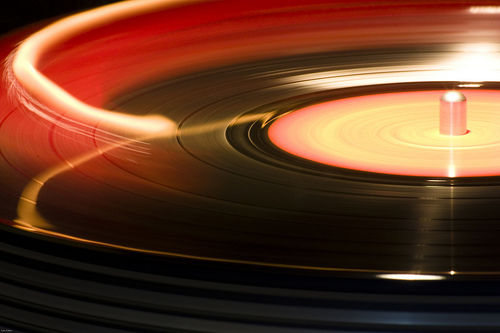 Apply this to scratching:

“Only one who devotes himself to a cause with his whole strength and soul can be a true master. For this reason mastery demands all of a person.” – Albert Einstein

Very often you’ll see blog posts or books teaching you to “master” a skill in only 10 days, or 3 days … in fact, it used to be 30 days but the time frame to master something seems to be shrinking rapidly.

I’ve even seen tutorials claiming to teach a skill in just a few hours. Pretty soon we’ll be demanding to know how to do something in seconds.

Unfortunately, the reality is something a little less magical. Or maybe that’s a fortunate thing.

There’s only one way to become good at something:

1. First, you must learn it by reading or listening to others who know how to do it, but most especially by doing.
2. Then do some more. At this point, you’ll start to understand it, but you’ll suck. This stage could take months.
3. Do some more. After a couple of years, you’ll get good at it.
4. Do some more. If you learn from mistakes, and aren’t afraid to make mistakes in the first place, you’ll go from good to great.

It takes anywhere from 6-10 years to get great at something, depending on how often and how much you do it. Some estimate that it takes 10,000 hours to master something, but I think it varies from person to person and depends on the skill and other factors.

Want to be a great writer? It’s possible to be great within a few years, if you have the God-given talent of Fitzgerald or Shakespeare, but most of us toil for over a decade and are still trying to get better. We’re still learning, to this day, and if we look back on our first few years of writing — of any kind — we’ll tell you we sucked (for the most part) back then.

Want to be a great blogger? Same deal. I’ve been doing it for almost three years, and I’m still only competent. Gruber’s been doing it for, like, 7 years and he’s still only … well, he’s pretty great by now. You have to do it, make mistakes, learn, really begin to understand it, and someday, if you stick with it, you’ll be great.

There’s no one who is great at his profession who hasn’t been doing it for at least 6 years — no designer, no programmer, no carpenter, no architect, no surgeon, no teacher, no musician, no artist … you get the point. I dare you to name one. Most have been doing it for over a decade, and are still looking to improve.

So here’s the thing: don’t get discouraged if you’re just starting out. Have fun, like we all did in the beginning. If you have fun, you’ll learn to love it, and THAT’S when it clicks. When you love something, you’ll want to do it all the time, sometimes late at night and often, you’ll jump out of bed and want to do it before you move your morning bowels.

THAT’S how you get great. By loving it so much your morning bowel movement takes second seat.

“Everybody has talent, it’s just a matter of moving around until you’ve discovered what it is.” – George Lucas

Find that desire. Do it, don’t just read about it. Don’t buy a single product or book or magazine that claims to teach you something in minutes, hours, days. They’re lying to your face, with a hand in your pocket at the same time.

Do it, keep doing it, then keep doing it some more. It’s the only way to get great, but the good news: anyone can do it. It just takes some time and some doing. Hey presto.

When the world says, “Give up,”
Hope whispers, “Try it one more time.”
~ Author Unknown

Adapted and amended from a post by Leo Babauta which is uncopyright.

Whilst my tutorials are designed to get you going with scratching. It will take time!

I get many emails from people who are frustrated that they have not become “good” at scratching in the first month. Refer back to this post often and get back to having fun! I personally have been scratching for 10 years and I have so much to learn and still struggle with certain scratches. I will be refering myself back to this article on the regular!