UPDATE: I later realised that this is actually a combo I picked up from D-Styles in this video, credit due! Thanks D, love your cuts.

This article features a video of Short-e teaching you how to do the “Short-E Special” scratch and the scratch notation diagram. The beat is also included as an mp3 download that you can loop up to practice to.

The Short-E special scratch is not my own invention but is one of my favourite signature scratches that I have no idea what the official name is, so I just call it that.

It is basically 2 tears backwards with a stab forwards, over and over again, in a triplet type pattern. I use my thumb on the record to add resistance on the backwards part of the movement.

Here is the Scratch Notation for this scratch: 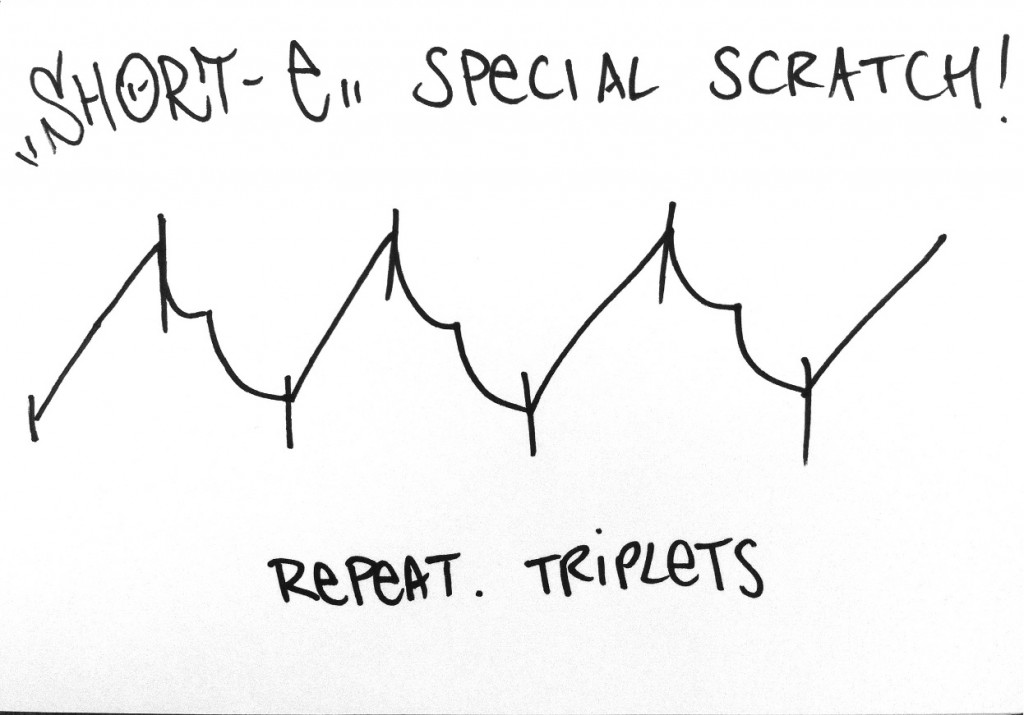 You also get to download this beat, #8546, taken from the 85 BPM Hip Hop Instrumental Beats series.

True story – A well known TV channel once used my scratch audio off one of my YouTube videos without permission (all permissions cleared up now!) and one of my YouTube fans recognised it because of this signature scratch that he had head so much while I had been helping him learn. This actually led to me doing a whole load of scratching for 2 series! Good times!

If you are a beginner, post a video response and I will critique it and advise you. 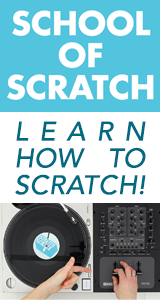